New from Hosehead: Sore Points. Haven't been this excited about a new Canadian band in years. Members of Nervous Talk and Spectres. 500 pressed on black vinyl, first 25 come with a pre-release photocopied and stamped/numbered sleeve. 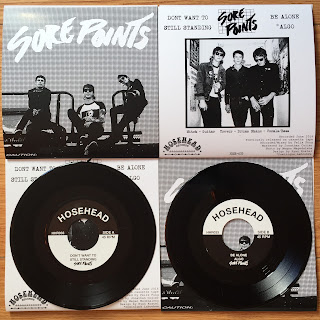 Available now in the webstore. 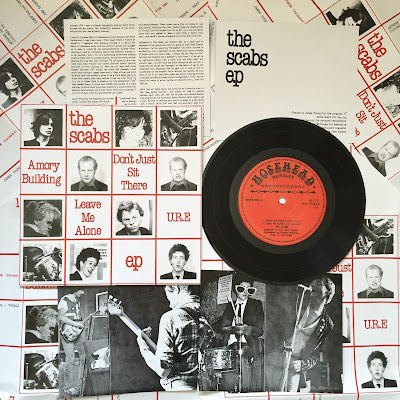 Authorized reissue of the Scabs debut and lone 7", originally released by the band in 1979 on Club Land Records in Exeter, England.

Recorded in nearly 2 hours in North London, The Scabs originally released this 7" themselves and resorted to selling copies to their fellow students at the school cafe. The band broke up after a year and half, leaving nothing but the Amory Building 7" behind.

First time ever reissue of this record. "Leave Me Alone" was included on the iconic Soul Jazz Punk 45 comp of underground and rare UK punk 1977-1981, as well as a few Killed By Deaths.

Available in the store.
Posted by Hosehead Records at 14:36 21 comments:

The Moderns - The Year Of Today EP

Now on sale! The debut EP from Sweden's The Moderns. Reissue of the legendary Year Of Today 7", self released by the band in 1979. This 7" features the KBD power pop classic "Got To Have Pop".


First time it's ever been pressed in North America. Finally you can buy this for less than a rent payment. In the store now! 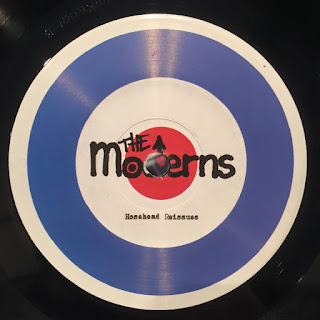 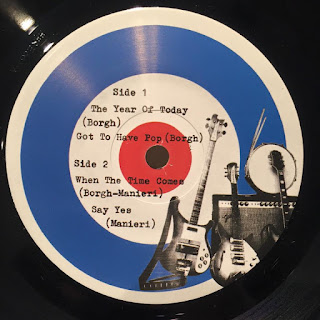 Nervous Talk LPs and Brat Kings 7"s are now in stock and shipping as orders come in. Just waiting on Mandates LPs to arrive from Germany for the bundles to be shipped out. The deal is still going on: $40 for the three new releases including shipping in Canada. $50 for the US.

I also picked up a handful of Terry & Louie (ex-Exploding Hearts) 7"s from Tuff Break for Canadian distro. Pick those up in the store now as well! No extra shipping for added that to the new release bundle. 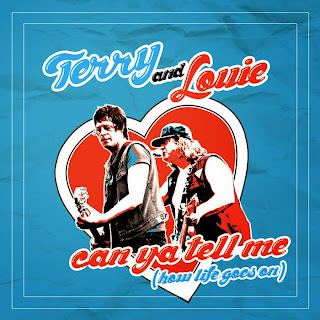 Posted by Hosehead Records at 21:39 8 comments:

Big update here. I've just updated the store with three new Hosehead releases, all of which can be purchased in the webstore, as well as an excellent Needles//Pins 7" for distro.

Buy all three and save big! 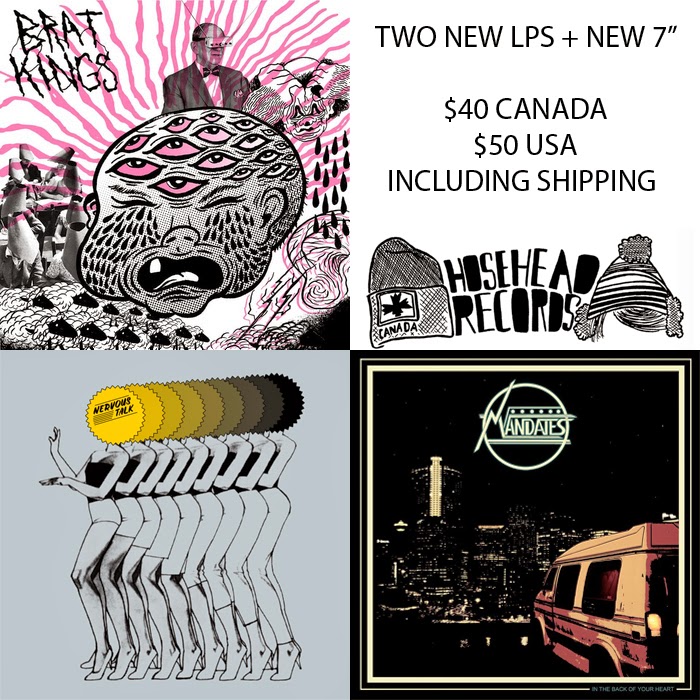 Nervous Talk - Nervous Talk LP
Members of Moby Dicks, The Ballantynes, B-Lines, and many more, this is the debut Nervous Talk LP and the follow up to their 2013 7" on Mammoth Cave Records. 10 songs of '78-81 punk and power pop worship. For fans of Buzzcocks, Pointed Sticks, Teenage Head, Lover!, etc. 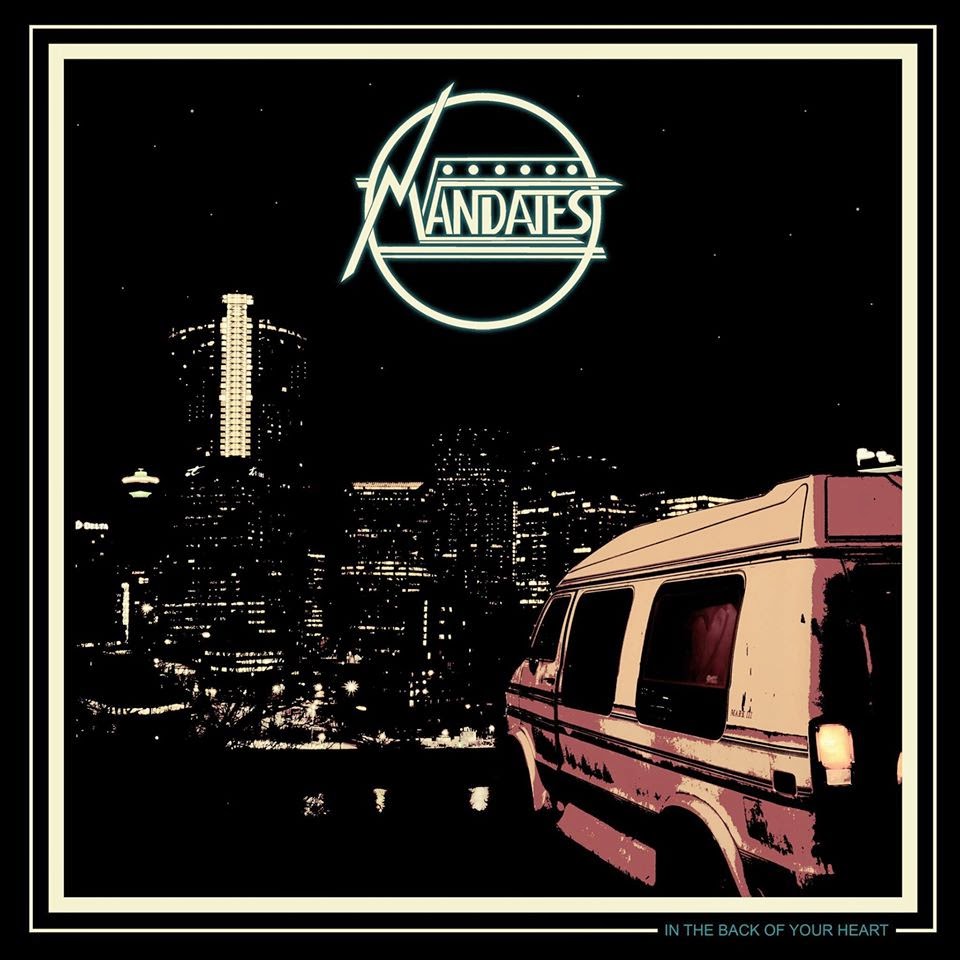 The Mandates - In The Back Of Your Heart LP
Second LP from Calgary, Alberta's The Mandates. This is also a follow up to a 2013 record put out by Mammoth Cave Records. This one includes obvious nods to Exploding Hearts and Clorox Girls, but also digs a little deeper than the band's debut with heavy influences from The Kids, The Boys, and The Saints. Recorded, mixed, and mastered by Pat Kearns (Exploding Hearts, Observers, Clorox Girls, etc) in Portland, OR. 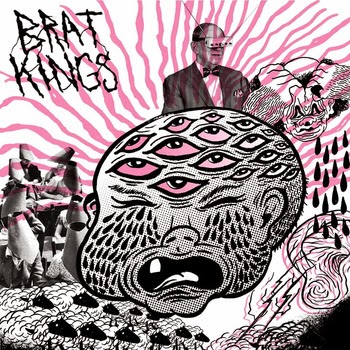 Brat Kings - Good Drugs 45
Best new band out of Toronto/Montreal. Members of Sonic Avenues and Pow-wows, these guys have something to prove and prove it well. Artwork done by Dave O'Connor (TV Freaks) and recorded with Maxime Desharnais (Sonic Avenues).
Posted by Hosehead Records at 00:01 4 comments:

Fashionism & First Base 7"s On Sale

Sleeves are finished, records have been pressed and shipped, and every minute detail has been double checked and approved. It's finally time to release these two 7"s! Both will be for sale in the Hosehead store on January 20th, and will ship immediately. No preorders, no hassel. 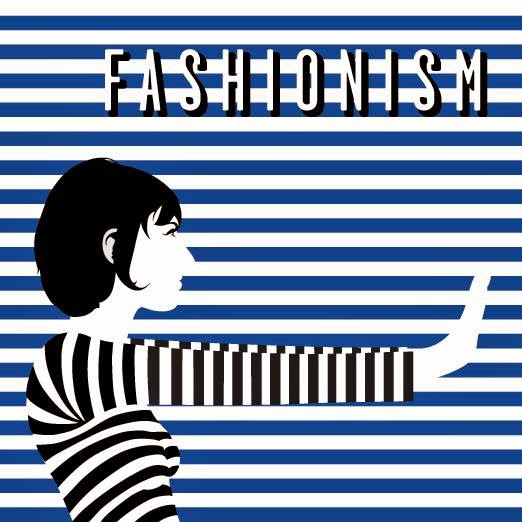 Fashionism - Smash The State (With Your Face) 7"
Three songs of power pop perfection. Featuring members of Tranzmitors, New Town Animals, and The Jolts, you probably already know what to expect from this one, and you're probably right. 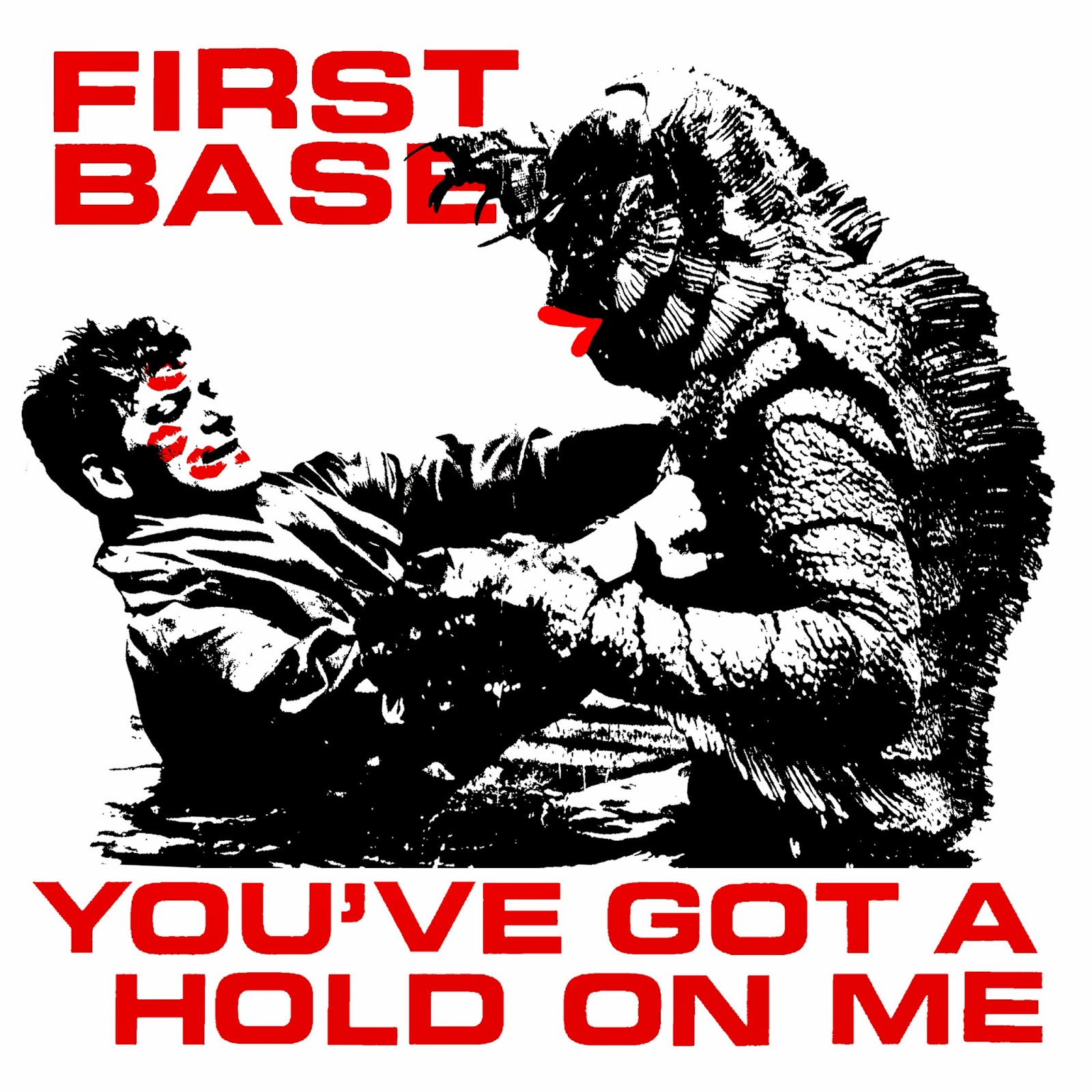 The most recent in a long line of 7"s for this understated Toronto power pop band. This one follows up their essential LP from 2013 on Hozac Records. Four songs of Beach Boys-y, Protex-y, Rudi worship.

Our Favourite Records of 2014